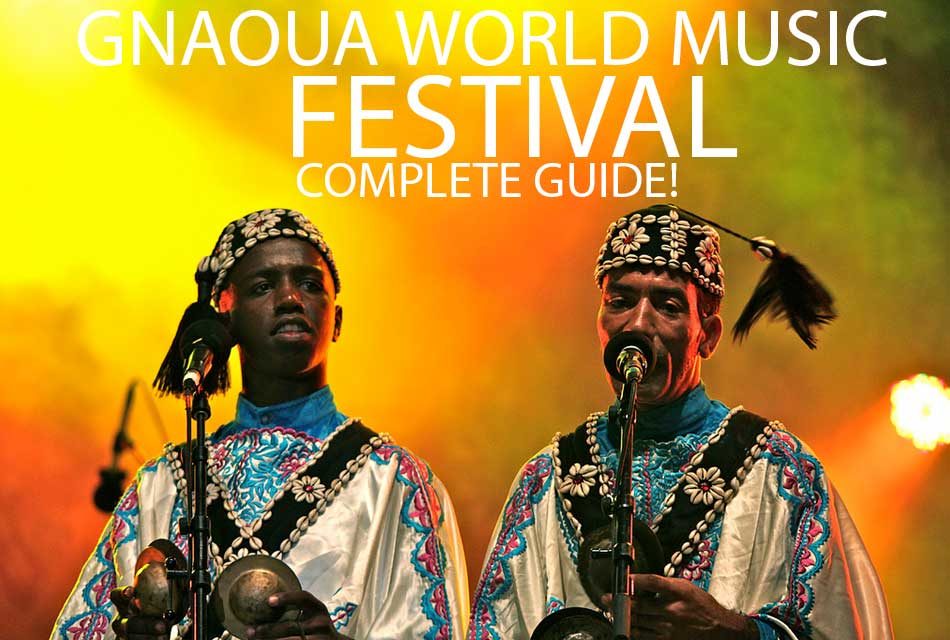 The Gnaoua World music festival is a big festival held in Essaouira, Morocco where it provides a meeting point for many foreign artists and the mystical Gnaoua musicians, this festival give you the opportunity to discover new and old music from jazz, pop, rock music and many others from all over the world.

Each year this festival receives more than 500.000 visitors and it lasts for 3 days in June, most of its performances are free to watch without a charge.

Everything changes during the days before the festival, so the city can provide and contain the big numbers of people that will be traveling for the festival.

You can see and hear the festival music and magic from the main stage to the beach and across the intimate places of the medina. 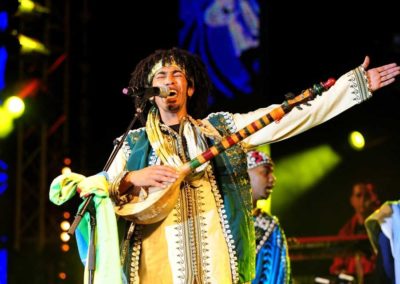 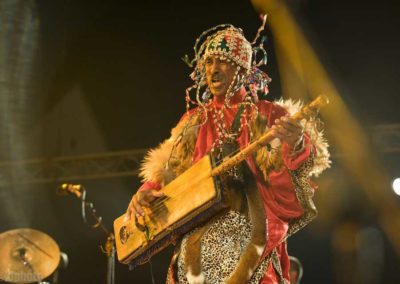 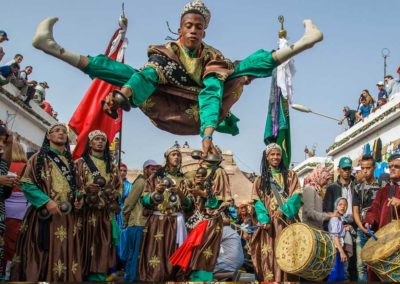 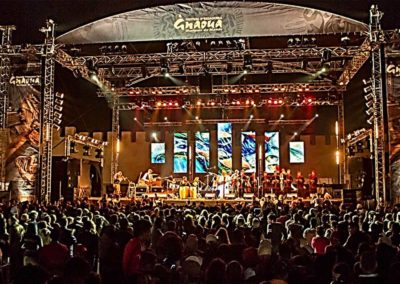 The Gnaoua are a spiritual brotherhood of mystics, easily recognizable by their colorful robes and tasseled hats, their history is chained with their beliefs, Islamic Sufism and pre-Islamic Berber, Arab, and African spiritual traditions.

At the sun set, the festival and music magic begins, no one can resist to follow the rhythm of this music, most of the instruments used in this festival are the castanets, drums and lutes all combined with some words or phrases prepared for this festival and repeated over and over again.

This repetition can go for hours and hours, non-stop, which will make the party even more amazing than you think and prevent you from leaving the festival or stand in your place watch the people!

With the tradition songs, the festival also consists some world music and the Gnaoua musicians with some popular genres such as jazz, blues, reggae and hip-hop.

One of the biggest differences between this performance and many others that most of it free of charge, and it held the largest concert dispersed throughout the public squares of Place Moulay Hassan, Bab Doukkala, and Scene Meditel.

If you love to be close from the music and musicians and if you are looking for real treat then it is worth to check out the night songs and music, these songs are performed to awaken and communicate with the spirits.

This festival has always been keen on music, memory, traditions, older artists and the power they hold, but more particularly on the upcoming generations and the force of creative youth!

This stage is overlooking the whole city in the middle between the beach and the medina, which gives it more space to hold the maximum number of people, finding Moulay Hassan Stage is so easy you don’t have to take a map, or a guide to go there, just follow the crowds!!

Many types of music and different bands can be found here, this stage offers for the people all kinds of soul, rock, funk and hip-hop.

The Borj Bab Marrakech were many of the festival events happen there under the stars.

A religious structure and burial place of the founding saints, this place is a spiritual one were they keep traditional songs so it is not forgotten. 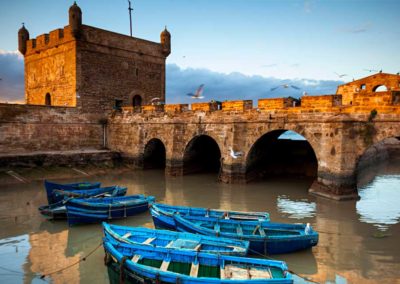 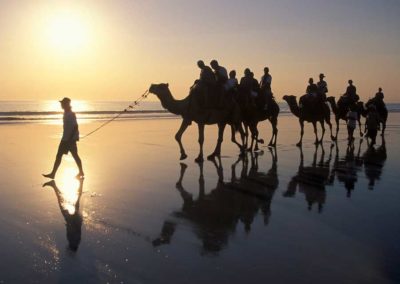 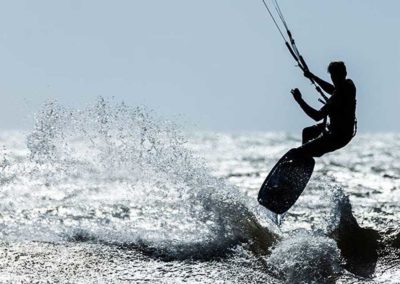 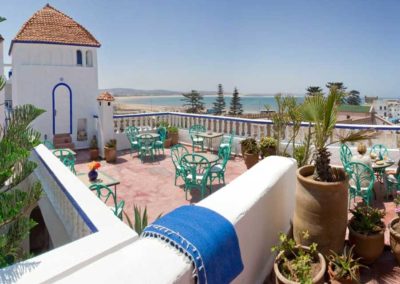 How to get there?

Essaouira is located on the Moroccan Atlantic coast, 350 km from Casablanca, 175 km from Marrakech and 190 km from Agadir

you can reach there from many cities in Morocco, simply by bus, the journey might be little bit long, but it is worthy because on the way to participate is this great event, you will get the chance to discover some of the amazing sights of Morocco:

Some Gnawa festival, artists and guests: 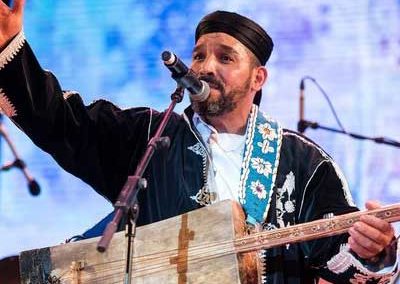 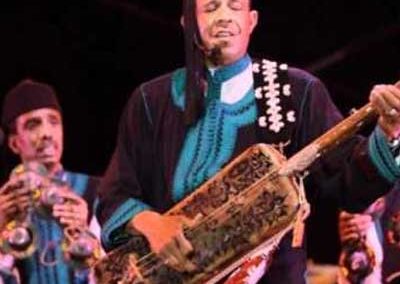 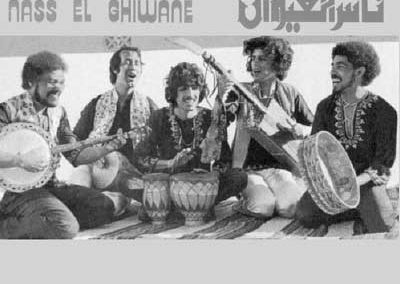 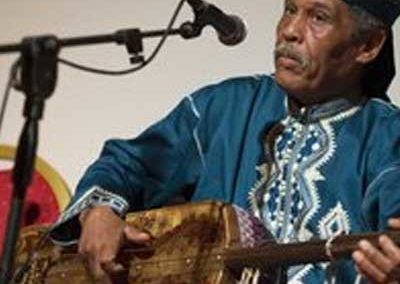 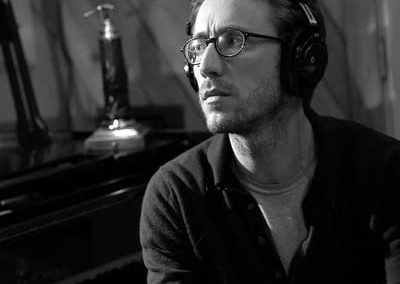 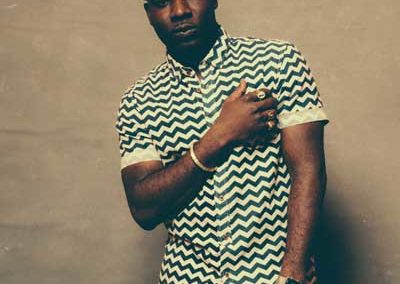 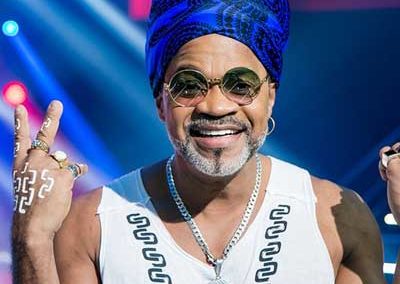 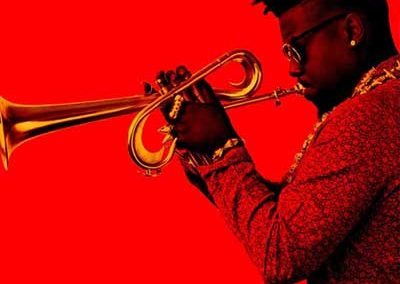 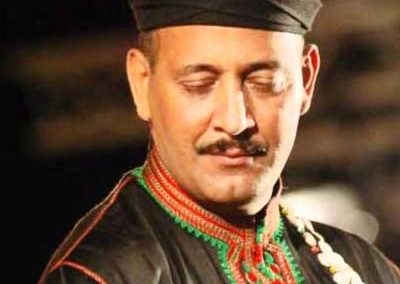 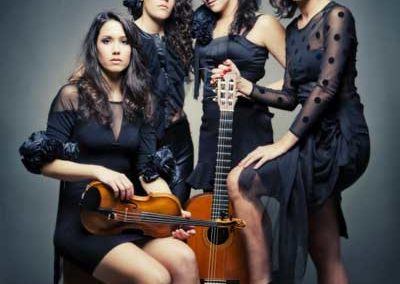 Finally: for all music lovers, and for those who seek for old traditional amazing music, the World Music Festival in Morocco is one great chance for you to spend unforgettable 3 days, in one of the most magical cities in Morocco, Essaouira. 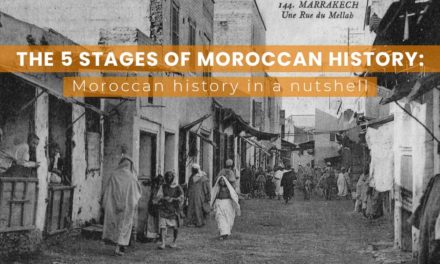 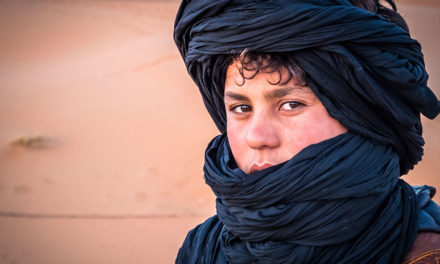 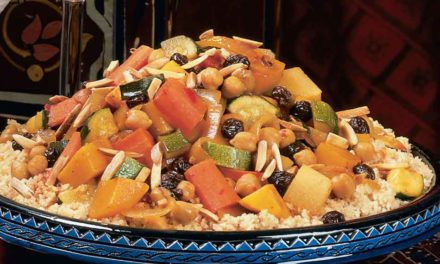 The Moroccan couscous: History and How to Make 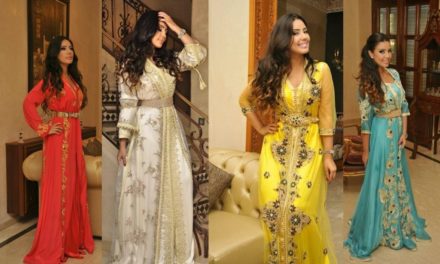