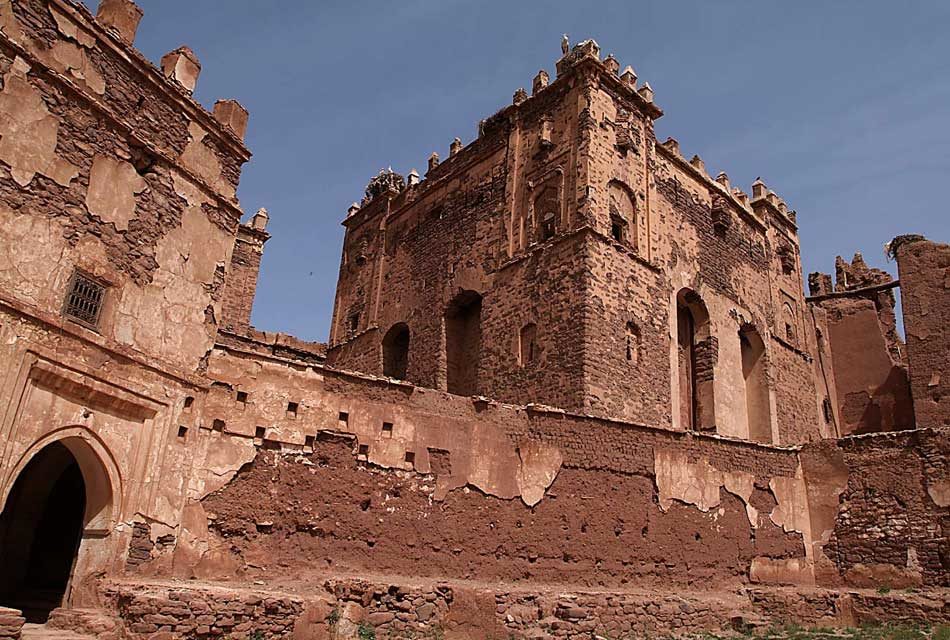 Morocco has many amazing historical Kasbahs that characterized by its beautiful appearance and their history. They are the guardians of most of kingdom’s historical relics. These ancient fortified castles and their grandiose ramparts do not cease to attract many travelers and tourists.

What do Kasbahs mean?

Kasbahs are citadels in the north of African city. They were the home of the leader and were built to provide protection to the leader. Sometimes were built on the top of the hills to be more strong and protective against any attack. They were a sign of the wealth in the city.  They are great sites of tourism to know the exciting and amazing history beyond them.  Kasbahs will let you know more about the history and the cultural of Morocco. They are most abundant on the peaks of the Atlas, arid south or the coast.

There are many fascinating Kasbahs in Morocco and here we will mention the top 10 Kasbahs of Morocco.

It is the most famous Kasbah in Morocco and it is protected by UNISCO, many movies have been filmed there as Lawrence of Arabia, Jesus of Nazareth, Prince of Persia, Games of thrones  and the Gladiator . Once you stepped there, you will never want to leave

How to get there?

Where is it located?

It lies in the foothills of the southern High Atlas in the Province of Ourzazate, 30 km north-west of the town of Ourzazate. It is the most famous Kasbah in Ounila valley. It is located on the top of the hill on the left bank of Ounila River and surrounded by desert

The architecture and description of it

It is one of the best buildings that show the beauty of the architecture of ancient Morocco. It is collective dwellings inside defensive walls, reinforced by angle towers, and pierced by baffle gate. The houses inside the defensive walls are crowded together. Some of them are modest, some of them resemble urban castles with their angle tower, and their upper sections are decorated with motifs in clay brick. The houses in it were built from clay, mud and many primitive materials

It was built in the 17th century and its founder is Ben Haddou. He still lies there in his tomb behind this wonderful city. Most of their population had been left it to stay in cities that are more modern. It also was one of the trading site on the route that links Sudan with Marrakech. There are still inhabitants living there in the dwellings and you could speak to one of them. Their houses are clean and livable. 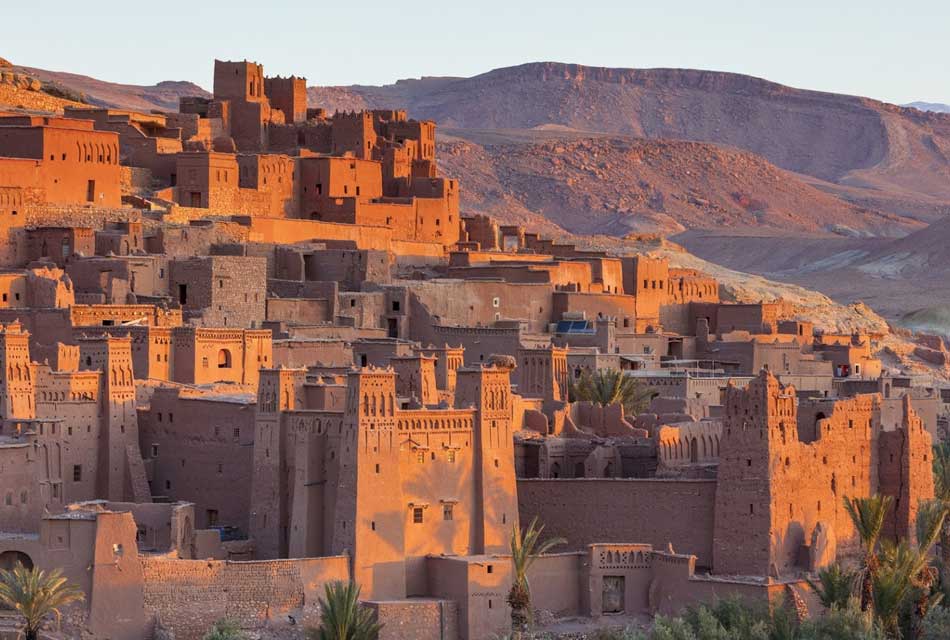 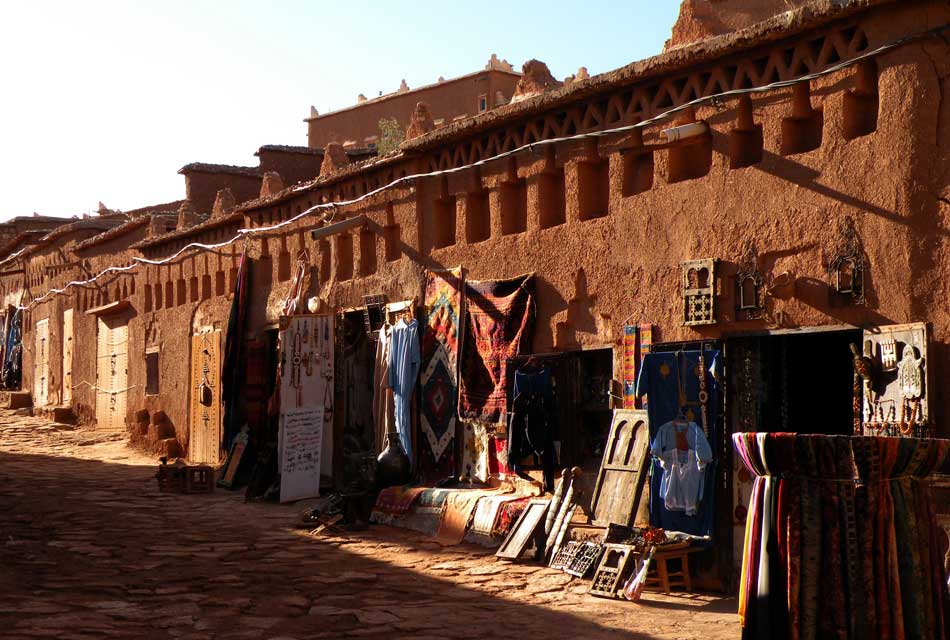 Where is it located?

It is located in a small village called Telouet. It lies in the High Atlas Mountains. Its location is on a route that links Marrakech with Ourzazate. Above the level of the sea by 1800 meters.

How could you be there?

The history of the Kasbah Telouet

There is an exciting story beyond the foundation of this Kasbah. The story began by the hard winter of 1893, when sultan Moulay Hassan stranded there. He and his army of 3.000 was well taken care by two brother Glaoui, Madani and T’Hami. In return for their services, Moulay Hassan gave the two brothers the political power of the Morocco south of the High Atlas Mountains. When the French came, they cooperate with them so the strength of the two brother became the same as of the sultan and they are the founder of this famous Kasbah. This Kasbah had been the birthplace of the cooperation between the French and the autocrat pasha Glaoui until he was ousted in 1953 by the Moroccan independence movement.

There are simple hotels but very good and handful cafes. In addition, there are many trips and tours you can do there in the surrounding deserts. 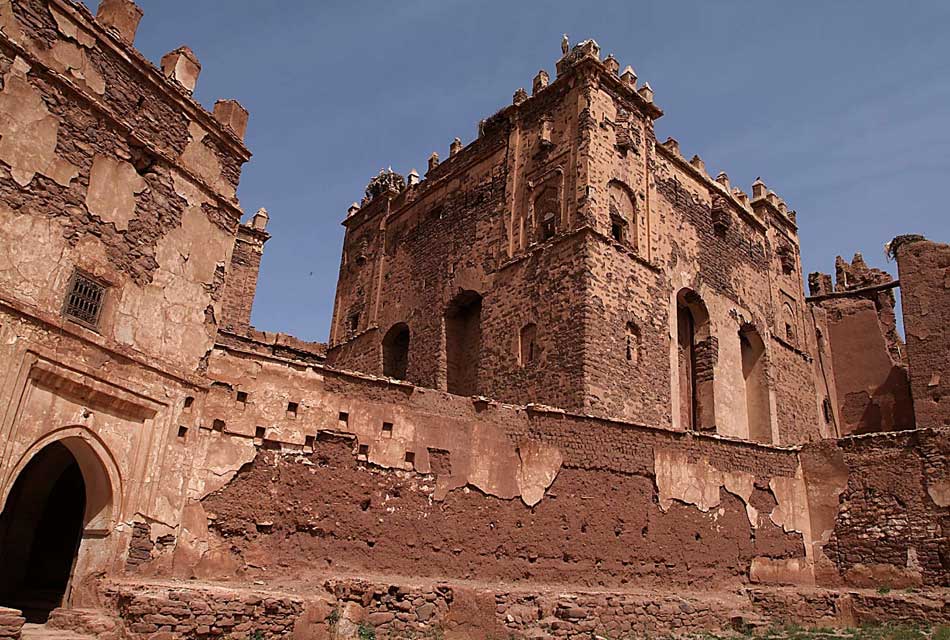 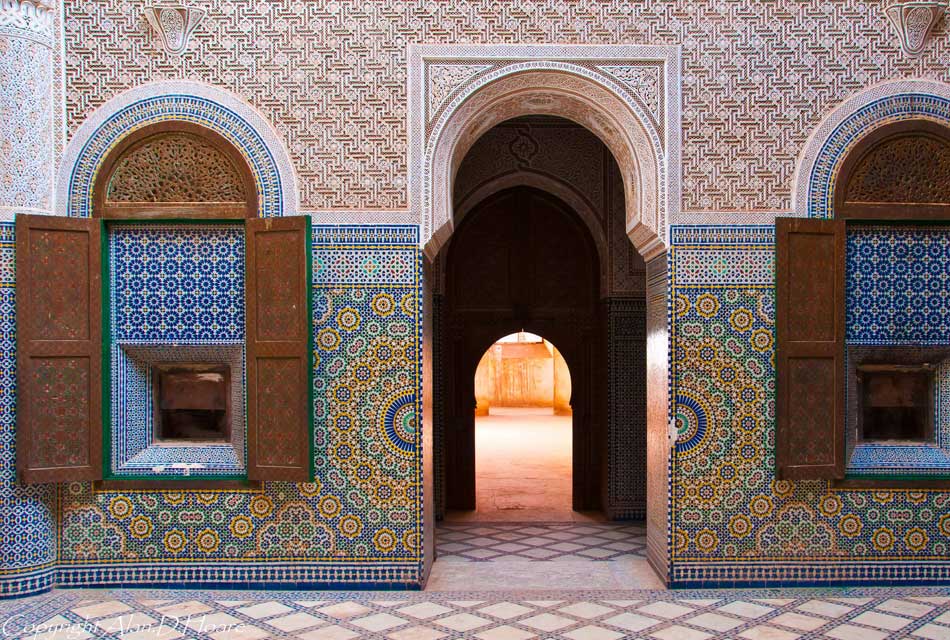 Where is it situated?

It is near to Ourzazate in the center of the city and it is easy to reach. It is exactly in Mohamed v street, Ouarzazate 45000.

It was built in 19th century and reached the highest of importance in 1930, when the El Glaoui had reached the peaks of his power by helping the French occupation. El Glaoui chiefs had never housed it although it is situated on strategic junction route. However, it had been housed by the second tier of command of the extend of El Glaoui such as sons and cousins.

The description and architecture of it

This Kasbah has 300 rooms including kitchen, harem and a reception room finished with French tile. The royal apartments with their stunning cedar ceilings and carved and painted plaster, the work will capture you. One of the most interesting details is that the staircase has an irregular stair that acted as a defense against the invaders who would lose speed trying to run up the uneven steps. There is a gallery of one of the local artistes on the floor. The ornately carved and painted door is Moorish not Berber. There are many movies had been filmed there, Each film had been filmed in Morocco had been filmed in Taourirt Kasbah. 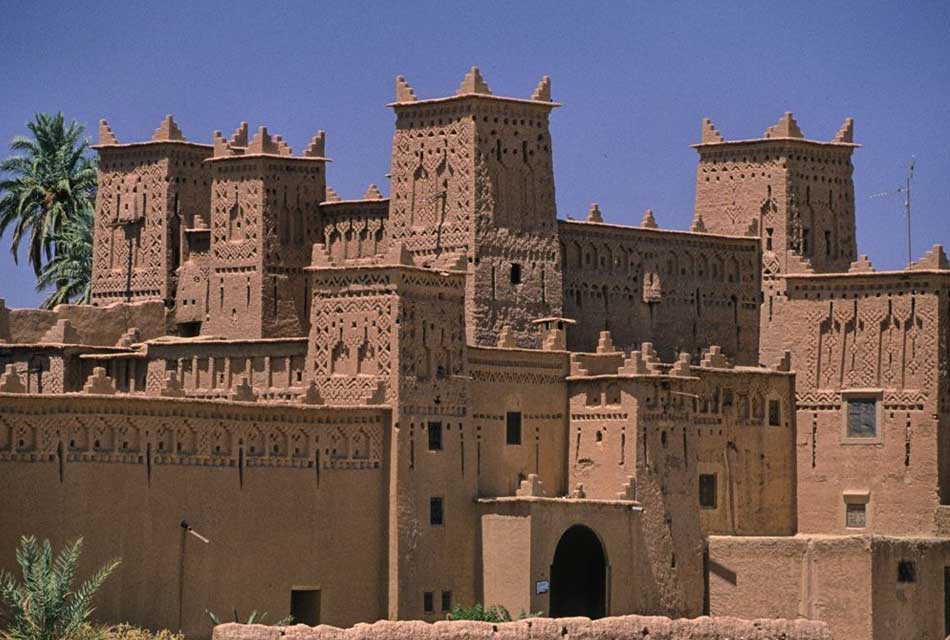 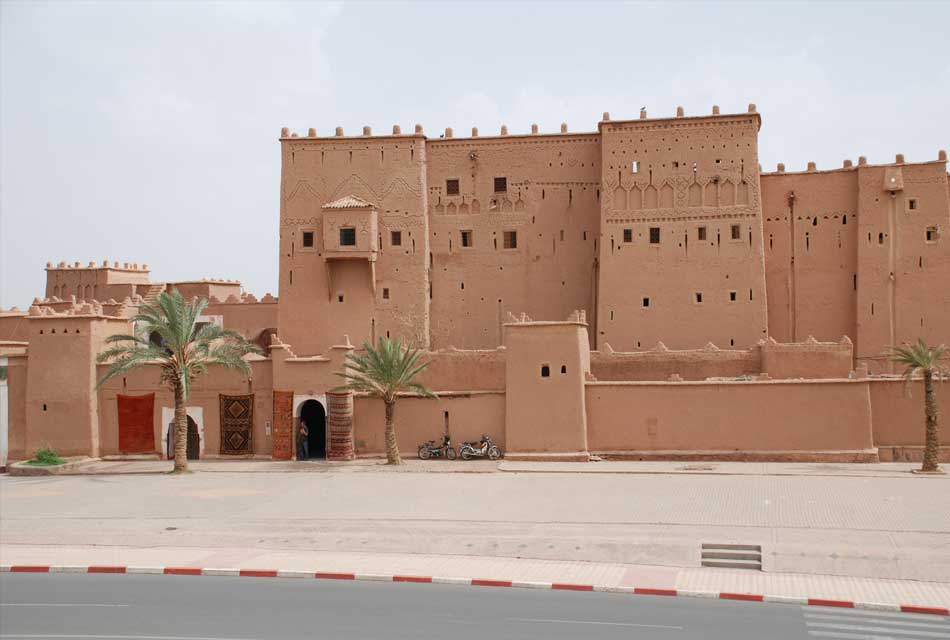 It is located in the Ouarzazate Province, 8 kilometers west of the city of Ouarzazate

The history of the Kasbah

It is fortress, which had been constructed in the 19th century. It belongs to the family of Thami El Glaoui , pasha of Marrakech from 1912 to 1956.

The main entrance is opposite to the film museum. There many local guide there to explain the history of this Kasbah. The stairs and the passageways are narrow. Some of them are old and some have been tastefully restored. 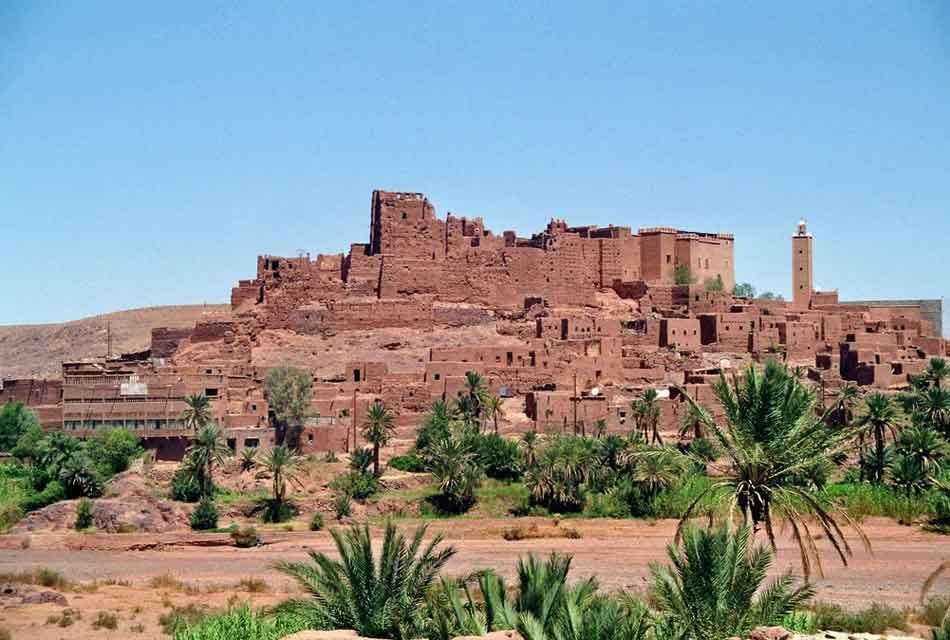 It has been added to UNESCO world heritage

The Kasbah of Udayas was built in the 12th century during the reign of Almohad caliphate . After Almohad had captured Rabat, they destroyed the Kasbah of Almoravid dynasty in the town. They began to rebuild it. They added a palace and mosque to it. 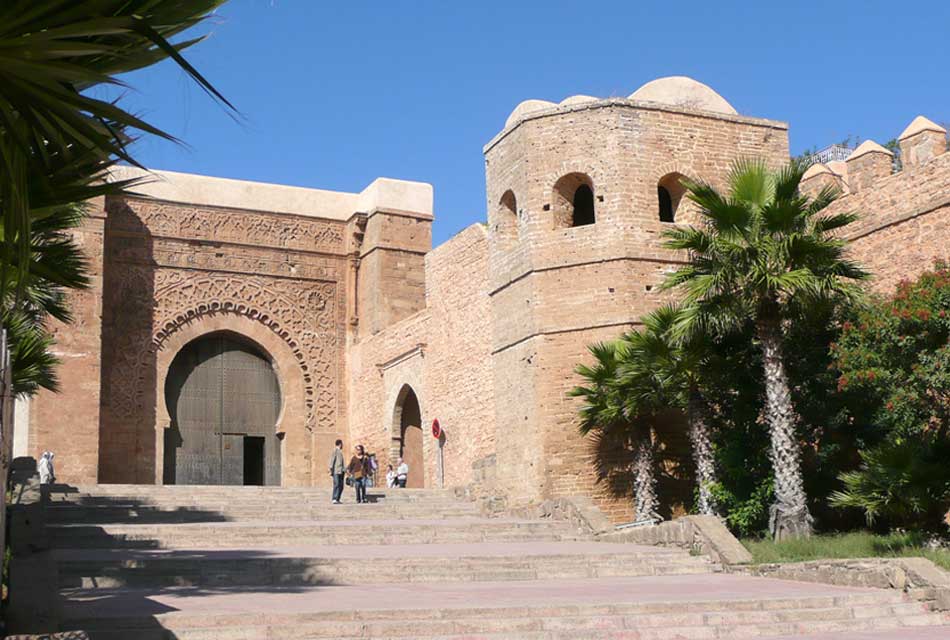 It has a great hotel that provides many means of comforts and surrounded by many gardens. It had been constructed using Berber technique of rammed earth that makes it very eco-friendly

It lies in the entrance of Ourika valley in the top of a hill in Atlas Mountains. Only 35 minutes from Marrakech’s airport. It surrounded by very beautiful natural view that is captive. 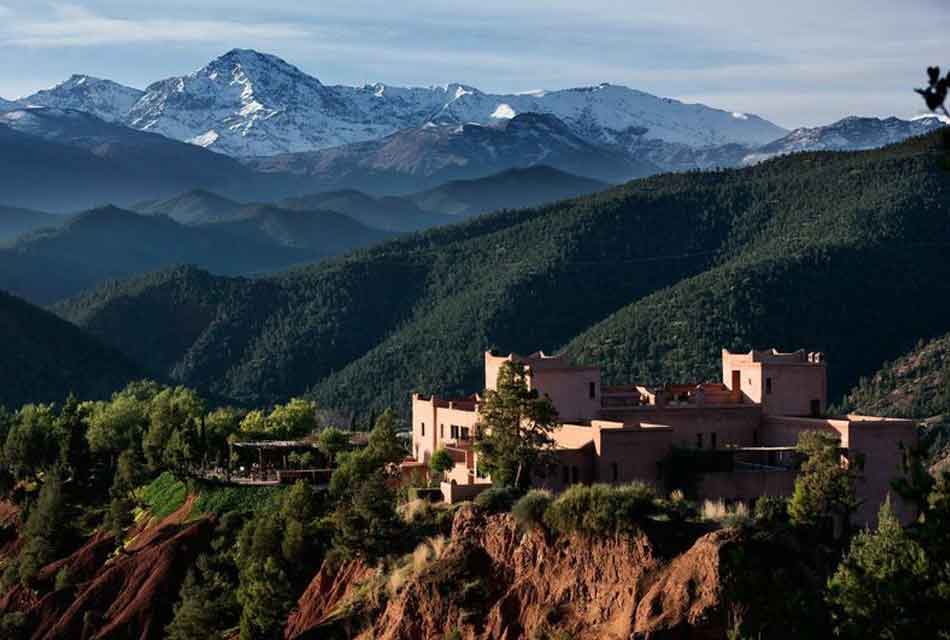 It lies on the High Atlas Mountain 60 kilometers from Marrakech, in Toubkal National Park. Near to Jbel Toubkal. 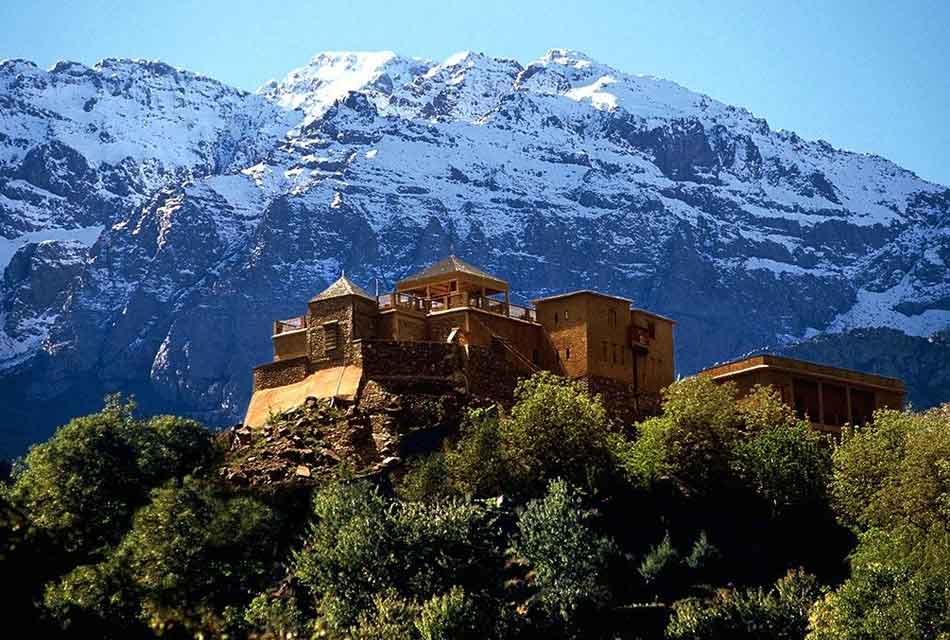 Each year in October a religious and cultural festival is held called Moussem Ellame many movies had been filmed here. It characterized by the amazing view of the Atlas Mountains and the surrounded gardens. It is amazing historical place to see

It is located in the Atlas Mountains in the Draa River valley, 95 kilometers south of Ouarzazate city

It was built in the 16th century. It was the Administrative and Residential Kasbah of Mezguita tribe.

It has fascinating architecture, which is a mixture of Moorish, Berber and Roman architecture, and it had been painted with natural pigments. 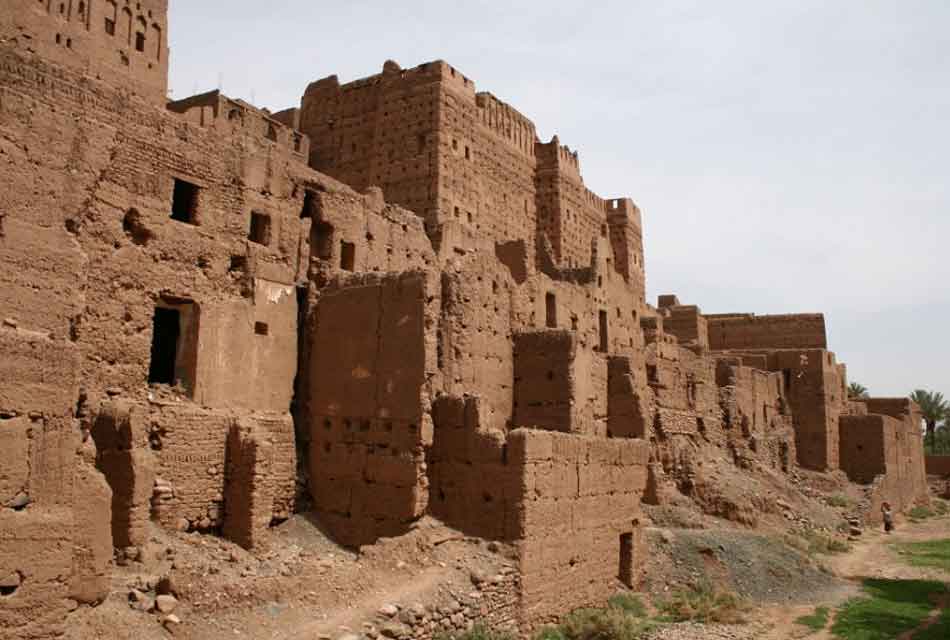 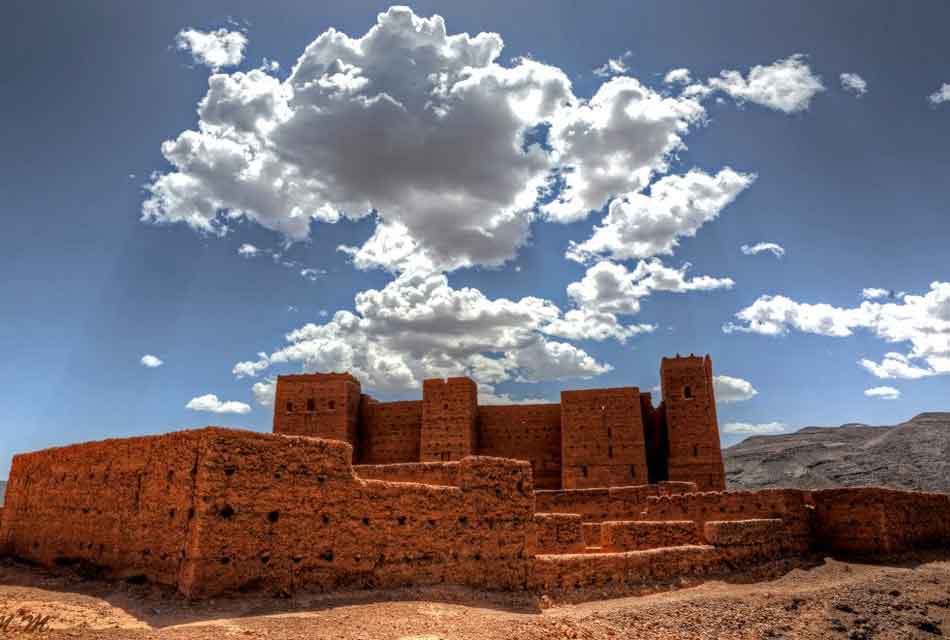 The scale was built in 1765 by the French architect, Theodore Cornut, who built it on the same style of a fortification that had been designed in France by his teacher Vauban. It was built for defense against attacks from the sea

It has charming view on the ocean and many of tourists visit it to relax and know the history of the country. Many places will capture you once you see and will make you wonder how the people in that age could build such well-constructed fort. 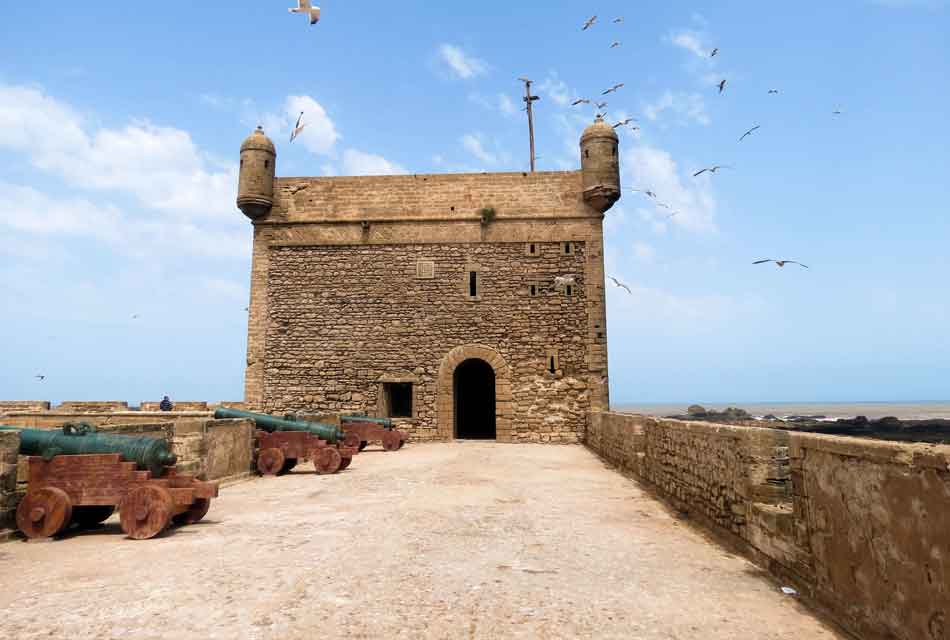 It lies in Tangier. It is housed in the former sultan’s palace of Dar el-Makhzen.

It provides many historical information about the country in French language .It has lovely architecture and the style will charm you. It exhibits old Roman, Portuguese, Arabs and Moroccan items and arts. There is amazing garden inside it. Many maps show the trade routes many centuries ago. 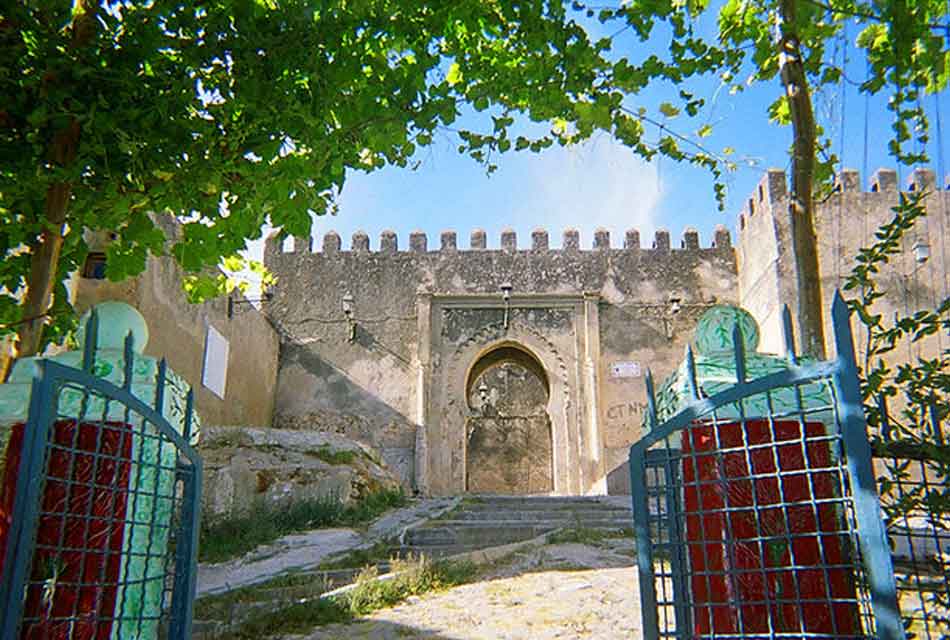 These Kasbahs have been all over the year’s important attractions to tourists. Have you ever been in one of it?. If not, you must pay a visit to these Kasbahs and know the exciting history beyond them.

Did this article provide you with what you are looking for? Please let us know. 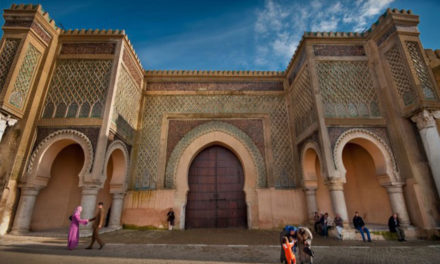 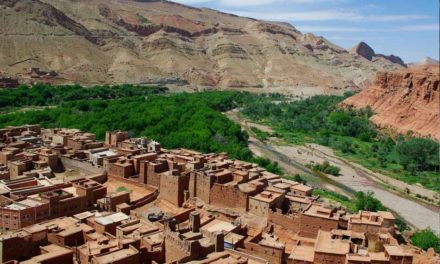 Zagora: A city of the desert wanders 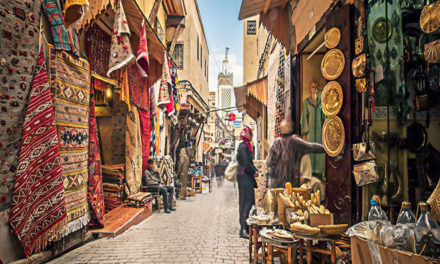 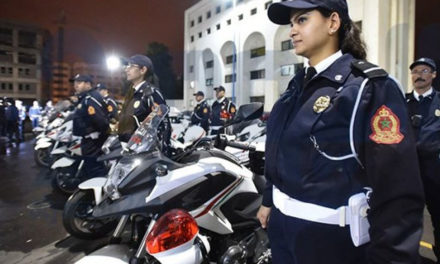 Top 10 Things to know before you visit Morocco