Top 10 facts about the King of Morocco 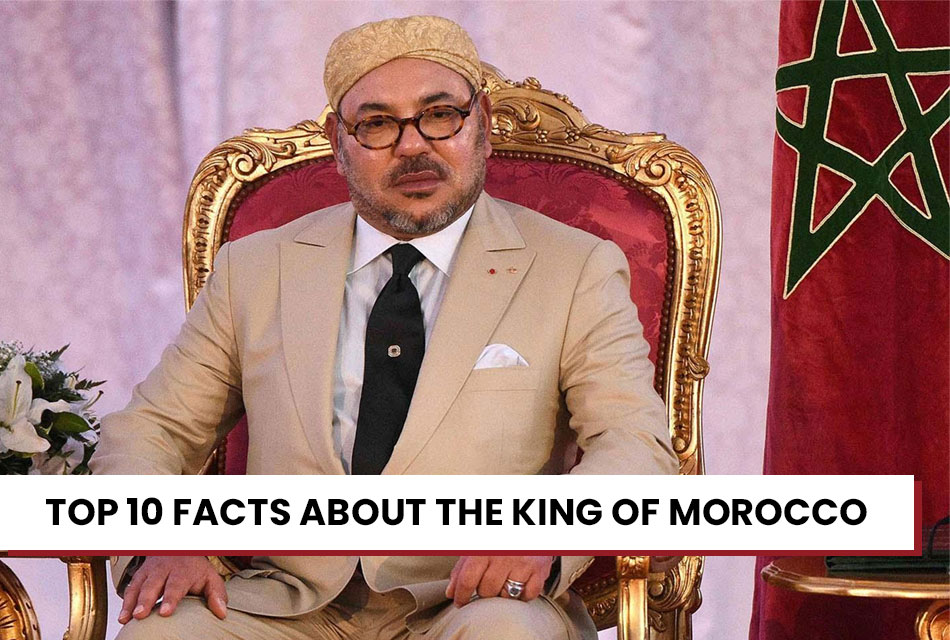 Did you know that Morocco is a Kingdom? This sounds like a fairytale to many!  Well, Morocco has a king, a queen, a prince, and a princess! The monarchy has marked Moroccan history and culture and left much of its presence in the ancient royal palaces located in Morocco’s four imperial cities. This is part of the charm that the Kingdom of Morocco enjoys and one of the reasons why it is a popular tourist destination. Feel free to check out our travel blogs for more info on tourism in Morocco.

Many Moroccan people are proud of their country being a kingdom. And so many of them are proud of the king as their political and spiritual leader. For centuries, Morocco has undergone a royal succession of kings and sultans.  The long history of monarchy in Morocco dates back to the 17th century when the Alouites united the country.  The Alouite dynasty is the current royal family in Morocco.

King Mohammed VI belongs to the Alouite dynasty and is the 23rd king. He was born on August 21st, 1963, in Rabat. He ascended to the throne in 1999 after the death of his father King Hassan II, one of Morocco’s most interesting and charismatic leaders.

Scroll down for our pick of the top 10 facts about the King of Morocco!

For this reason, King Mohammed VI is regarded not as a political ruler only, but also as a religious and spiritual leader. He is often referred to in Morocco as ‘the Commander of the Faithful’. 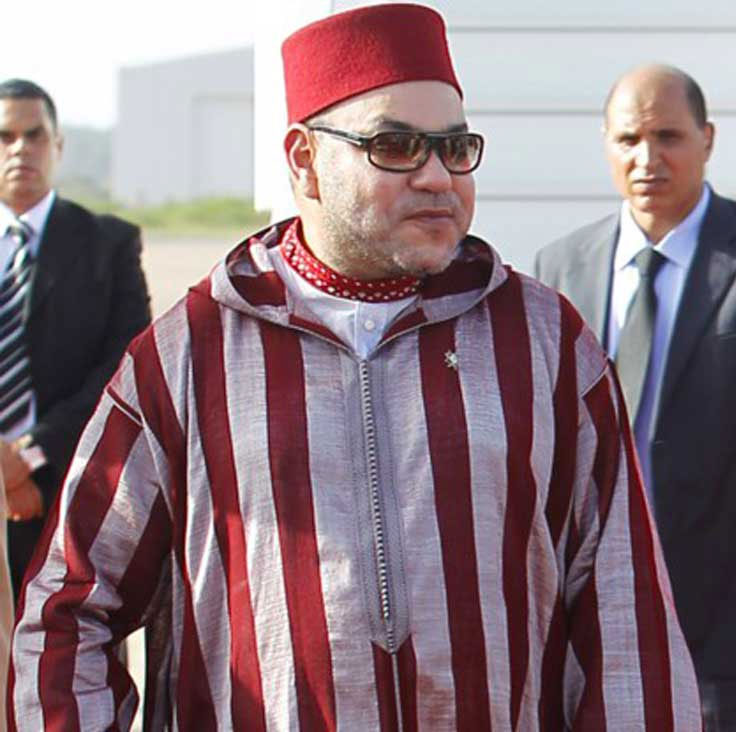 2. King Mohammed VI: One of the richest kings in the world!

Mohammed VI, King of Morocco, ranks the 5th among the richest kings in the world according to Forbes, and among the top 5 richest men in Africa.  His net worth has been estimated at somewhere between US$ 2.1 and US$ 5 billion. 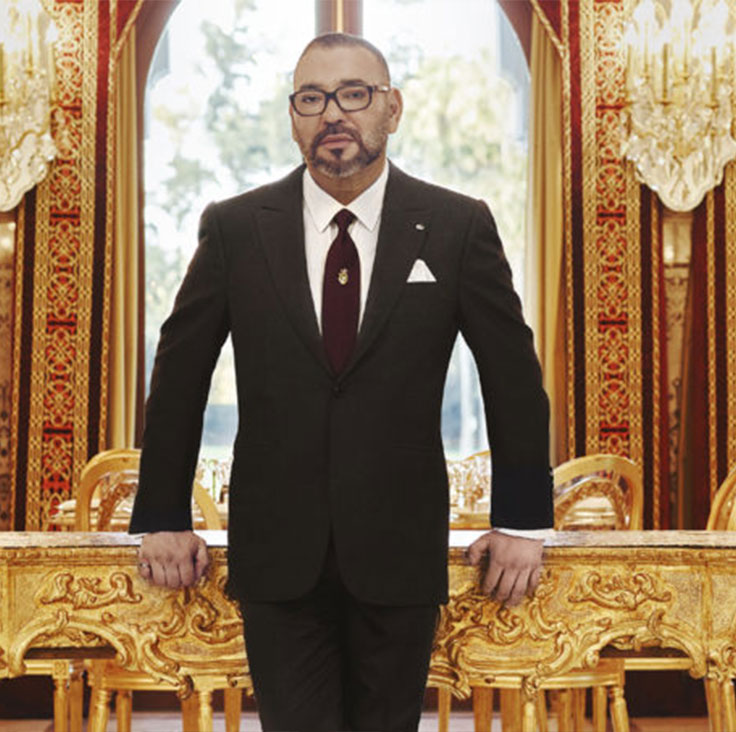 In 1985, prince Mohammed was given the task of commanding the Royal Moroccan Army by his father King Hassan II.  He is now The Supreme Commander and Chief of the General Staff of the Royal Armed Forces. 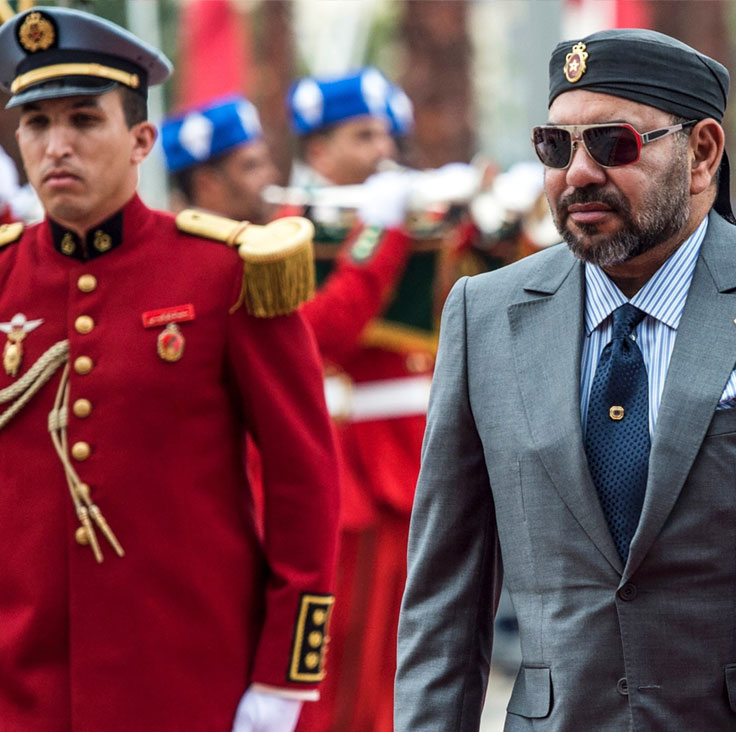 In March 2002, HM King Mohammed VI married Salma Bennani who, after a magnificent royal wedding ceremony, became ‘Her Royal Highness Princess Lalla Salma’. In an unprecedented protocol breaking, photographs of the royal wedding were released allowing the Moroccan people a coup d’oeil on the royal family’s display of majesty and their private life. The royal family appears in popular photos dressed in Moroccan traditional clothes like the Moroccan Caftan.  If you’d like to get a caftan, check out our store! 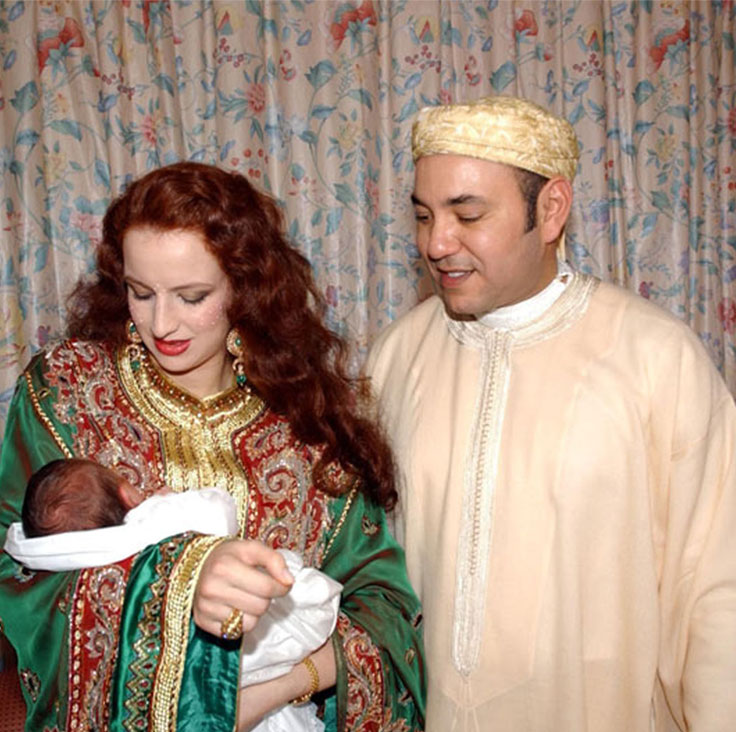 After completing his primary and secondary schooling at the Royal Palace College, he received his BA in Law in 1985 from the University of Rabat. And, in 1993 he received his Ph.D. from the University of Nice Sophia Antipolis in France. His Ph.D. dissertation was an investigation into the cooperative relations between the Arab Maghreb Union and the European Economic Community. His thesis was entitled “Cooperation between the European Economic Community and the Arab Maghreb Union” King Mohammed VI received an Honoris Causa Doctorate from the University of George Washington. He is the author of many books and articles. He has been awarded many prizes and trophies by many international institutions and NGOs. 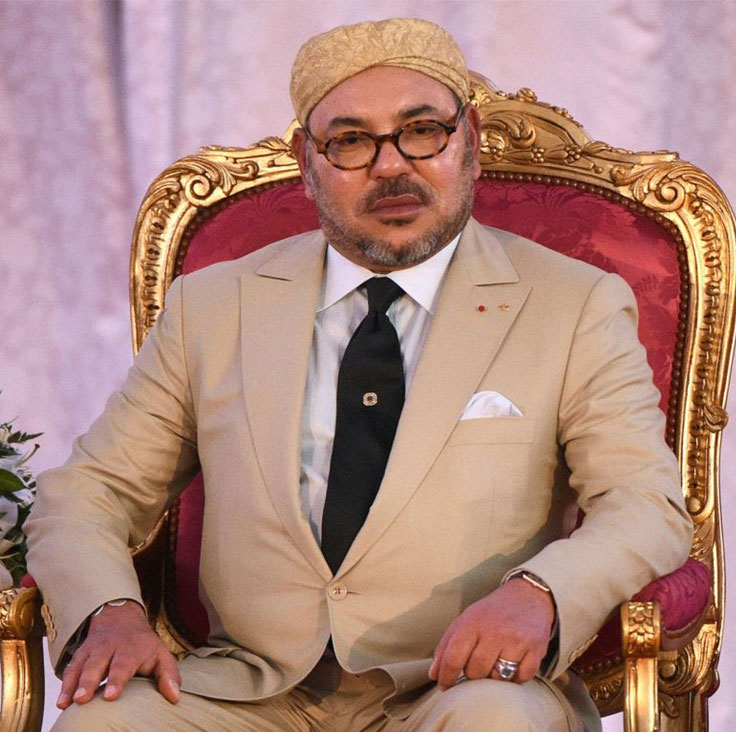 It is quite a popular thing in Morocco that King Mohammed VI grants ‘royal pardon’ to many convicts during certain Muslim religious occasions called Eid. 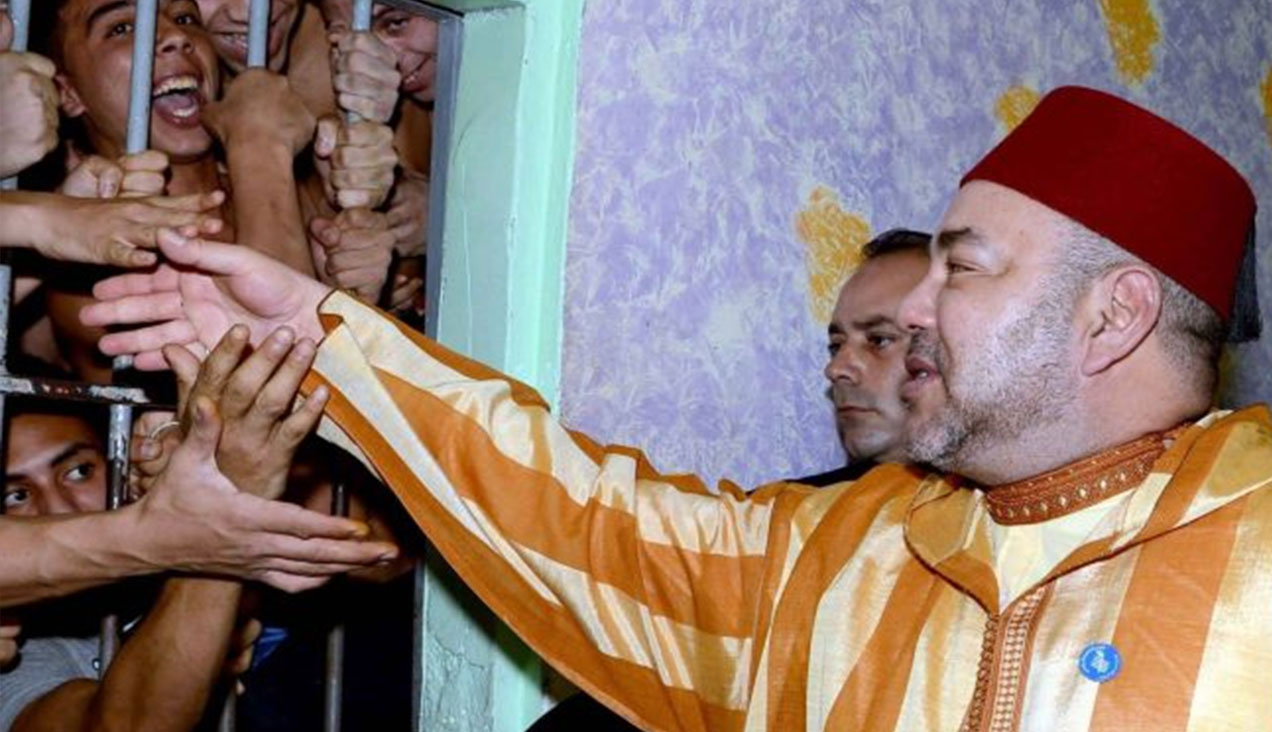 7. King Mohammed VI & the Grand Cross of the Victorian Order

In 1980, King Mohammed VI was awarded the Grand Cross of the Victorian Order by Queen Elizabeth II. This order is a dynastic order of knighthood awarded for personal services for the sovereign. 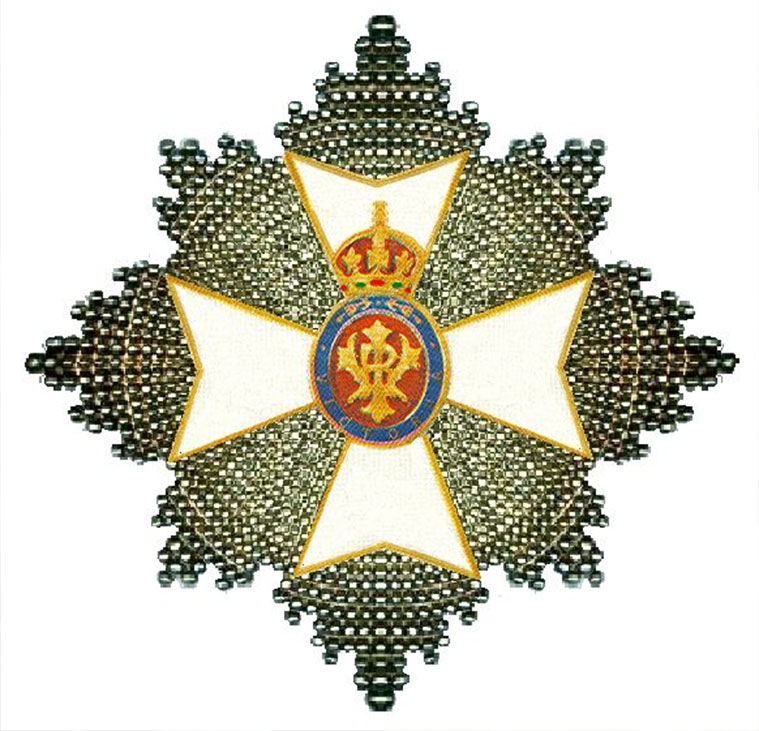 King Mohammed VI is renowned across Morocco for having created radical changes and improvements in the institutional policies regarding family, women, and their rights. In 2004, he announced the adoption of the new reform of the family code, ‘mudawana’, which gave women in Morocco more power and freedom. 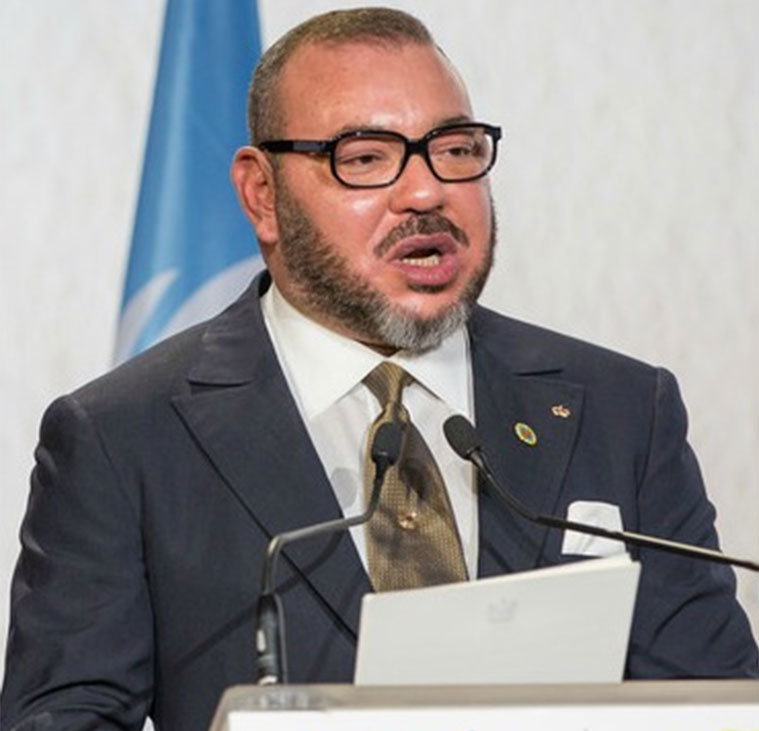 King Mohammed VI once took a few naps during the French President Emanuel Macron’s speech at World War I Commemoration ceremony. This fun incident went viral on social media, especially with the presence of the American president Donald Trump, who was staring at the king of Morocco with a strange look in his eyes!

King Mohammed VI owns one of the most luxurious Palace-hotels in the world! This hotel is located in Marrakech city, Morocco’s Red city, one of the most beautiful cities in the Kingdom of Morocco. This hotel has unique features not found in other hotels all over the world. It adopts the luxurious traditional Moroccan riad style in a fascinating décor of a high standard. 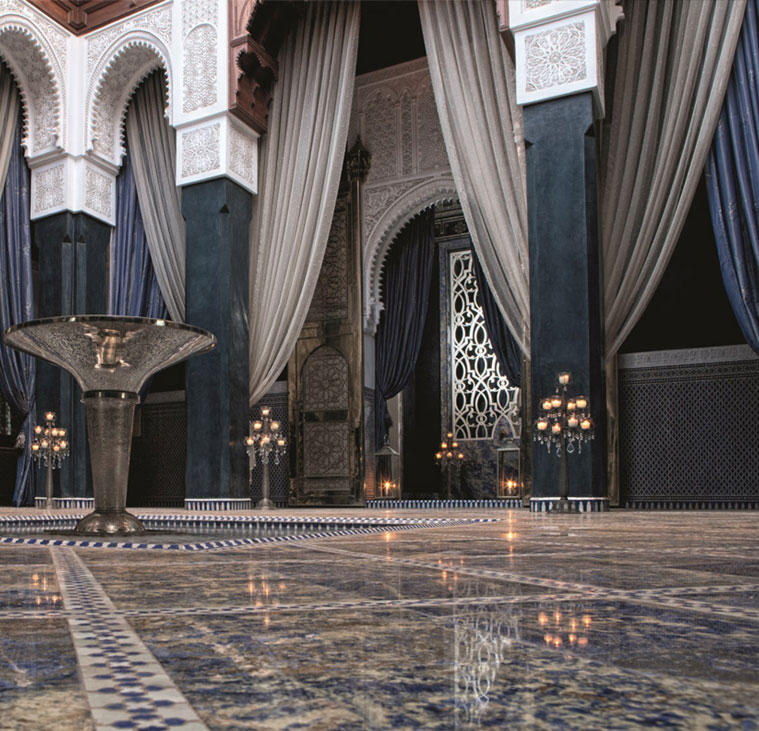